On Wednesday, November 7th,  I arrived in New York City and stepped into the midst of the freak snow storm that came in on the heels of Hurricane Sandy.  I was caught off guard by the snow.  But I wasn't nearly as unprepared as the London Planetrees, the Honey Locusts, and the Norway Maples whose leaves were still on their branches when Sandy and the snow hit.

As I jogged through the snow the next morning, it became very clear that there were hundreds of  downed trees in the five boroughs.  Irreplaceable street trees had failed to shed their leaves in time, leaving their great heavy boughs vulnerable to the ponderous weight of the wet snow.  Others couldn't survive the heavy winds.  Here muddy spring-like conditions were the culprit.  Without being anchored in deep-frozen ground, the trees pitched over, their twisted roots torn from the soil.

The situation in the local cemetery was no better.  Trees meant to shade graves for generations to come were toppled over tombstones like soldiers on a civil war battlefield.  For someone who knows the effects of climate change on trees, it was a sobering sight.  Pollution, road salt and soil compaction are responsible for claiming the life of an average street tree within seven to fifteen years.   A warming climate will increase the burden of insect infestations, season shifts, droughts,  and violent storms on all trees, including those that create our urban canopy.

Hurricane Sandy was a wake up call for many of us.  But for me, it was about the trees.  In the months preceding my trip to NY,  I had begun to question some of my assumptions about how I could best leverage Tech Networks resources to preserve our environment.  When I started Southie Trees as a "do gooder" program with one full-time employee

working at Tech Networks of Boston, I imagined us working with volunteers to  preserve heritage trees and plant new ones for future generations.   The program exceeded most people's expectations.  We rescued trees in parks, on streets and in housing projects.  We helped all kinds of neighborhood groups apply for grants for new trees and organized volunteers to plant and water them.  We educated kids in schools, cleaned up tree pits, and appeared in a documentary film about trees in South Boston.

Back in storm-ravaged New York, I spent one evening at an old armory in Brooklyn where displaced seniors from Far Rockaway were lying on cots, waiting for the flooding to subside.   At 2:00AM, as I journeyed back to my sleeping place, I made my decision.  For me, Southie Trees was not the right point of intervention in the system.  As fast as we planted trees, we were losing them.  With climate change in the picture, we were never going to meet our goal of improving the tree coverage in South Boston.

"You have to lead from where you are."  That's what Craig Altemose, founder of the Better Future Project, told me a few months ago.  Suddenly, it made sense to me.  I'm a small business owner.  I've spent the last 18 years working with small businesses and small non-profit organizations.  While there are many rewards to being a small business owner, ample free time is usually not one of them.  Like other small business owners, as I grew my business, I hired people to do what I no longer had time to do.  What if I were to hire someone full-time to advocate for a real solution to climate change?  Now the question is:  Are there other businesses like mine who would gladly include one percent of sales if they believed that their actions were key in the fight against climate change?

We started the Climate Action Liaison Coalition to answer that question.  The momentum behind the program is rapidly building.  Very soon, it will be apparent to all that there are many business owners today who are ready to step up and take action.  We look forward to working with them.

I'm sure you are wondering what happened to Southie Trees.  Our "do gooder" program is alive and well.   Thank you, Donna Brown and the South Boston Neighborhood Development Corporation, for taking over the funding the program.  We also owe a debt of gratitude to  Bethany Lawlor, the Southie Trees program coordinator, who kept it going.  Bethany now works for SBNDC. 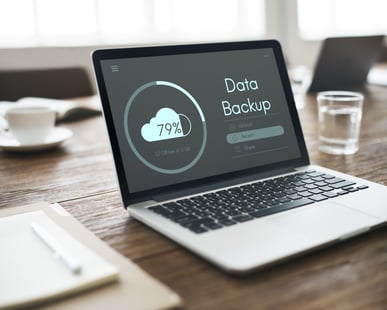 3 Reasons Why Your Organization Needs a Business Continuity Plan

A Letter to the Nonprofit Community

Extreme weather preparedness and your network